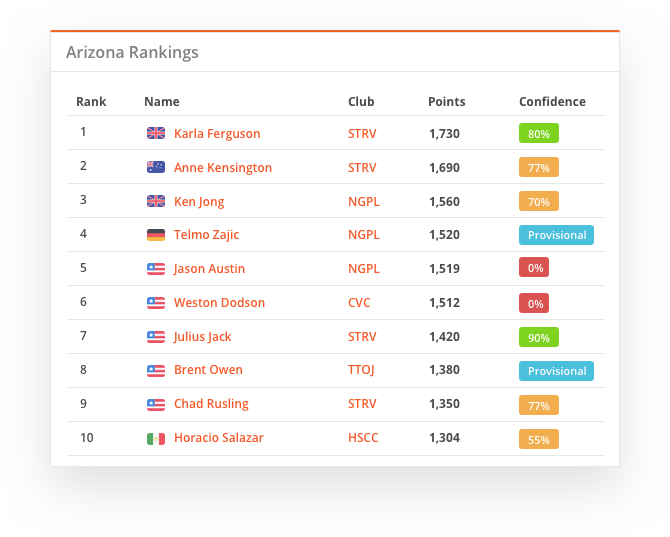 A ranking system built for you

SportyHQ lets you tie into our versatile ranking algorithm, or bring your own points-based or custom system. 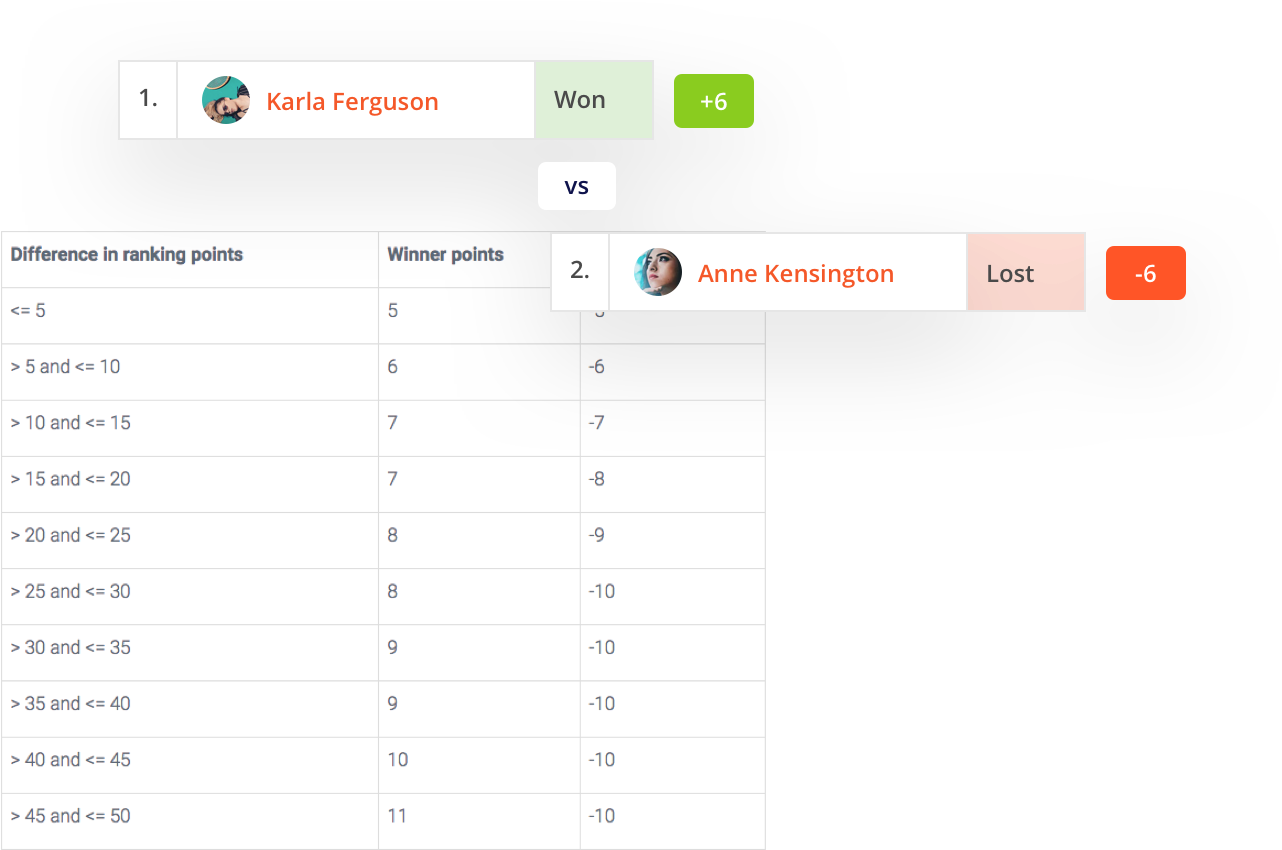 Use our ranking algorithm

If you’re looking for the fastest way to get your players a ranking, then SportyHQ is here to help. We’ve spent countless hours developing and refining our algorithm to work across a large variety of sports, and to get people accurately ranked as quickly as possible.

Our ranking system primarily takes the result and difference in ratings between players to determine any change in ratings to both players. From there, we analyze result history, our confidence in the accuracy of a player’s current rating, and a host of other factors to make a more educated calculation. To learn more about the mechanics of our algorithm, please click here.

When a result is recorded in SportyHQ, player rankings are updated instantly. By creating a dynamic ranking, players become more engaged and will follow their progress more often.

We believe an effective ranking system encourages people to play more often. We do this by requiring players to record results on a relatively consistent basis and with no over-penalization for players who lose. After all, players tend to improve quickly and lose ability slowly. 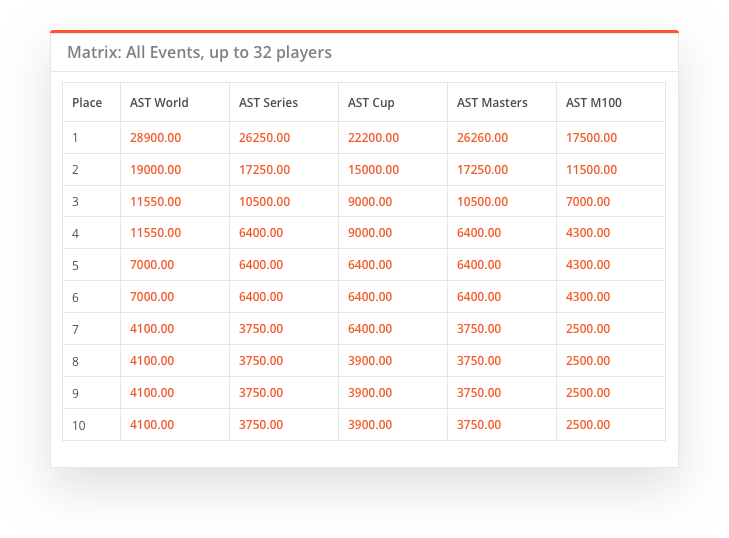 Bring your own points system

If your organization uses its own points-based ranking system, then SportyHQ has full support for you to upload and manage your ranking system. We’ll enable you to:

To learn more about our points-based system, please contact us or visit our solutions page for governing bodies. 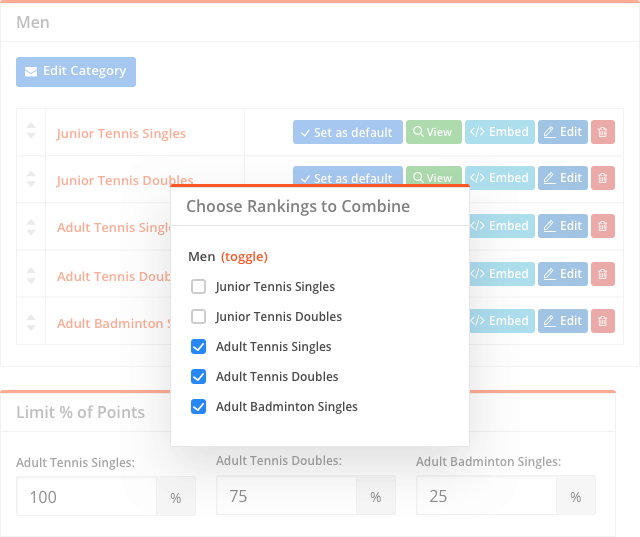 SportyHQ lets you create an unlimited number of ranking lists based on your own set of criteria. Not only can you create age and gender based rankings of your members, you can fine tune rankings on many other criteria such as:

Ready to get started?